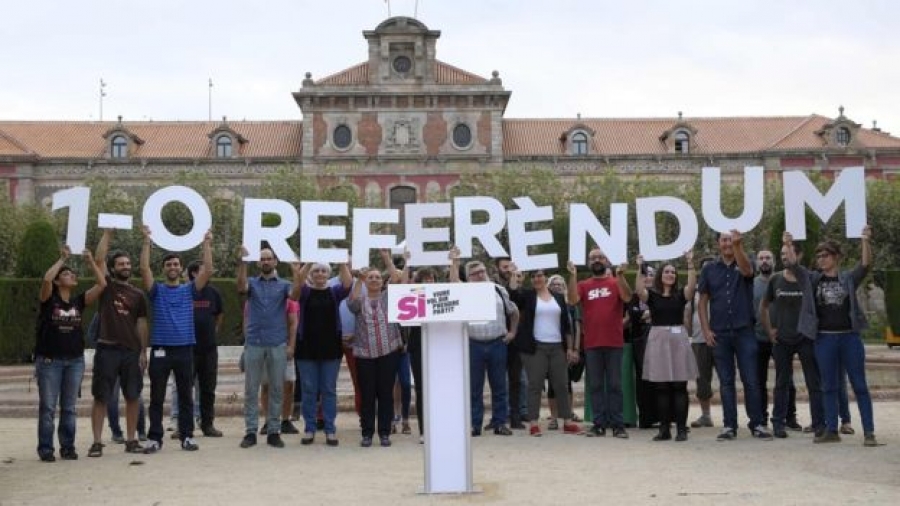 Spain's constitutional court has suspended a referendum law passed by the Catalan parliament to hold a vote on independence next month.

The court says it will consider whether the law breaches Spain's constitution.

Despite the decision, Catalan leaders say the vote will be held as planned on 1 October.

PM Mariano Rajoy said he had appealed to the court to declare the referendum illegal, describing the law as an "intolerable act of disobedience".

Spain's wealthy north-eastern region already has autonomous powers but the regional government says it has popular support for full secession.

Hours after the constitutional court's decision, the Catalan Parliament approved the legal framework for a transition in the case of a victory for independence.

The pro-independence majority in Catalonia's parliament passed the referendum law on Wednesday.

Mr Rajoy said that all local councils would be warned of their "obligation to impede or paralyse" any effort to carry out the vote.

"What is not legal, is not democratic," he added.

Earlier, chief prosecutor José Manuel Maza told reporters he had asked security forces to investigate what preparations, if any, the Catalan government had made to hold the referendum.

The Catalan government has a majority in the regional parliament made up of the separatist Junts pel Si (Together for Yes) coalition and the left-wing CUP party.

Using the hash tag #josigno, mayors around Catalonia have been posting photos of themselves on Twitter signing official declarations of support for the referendum.