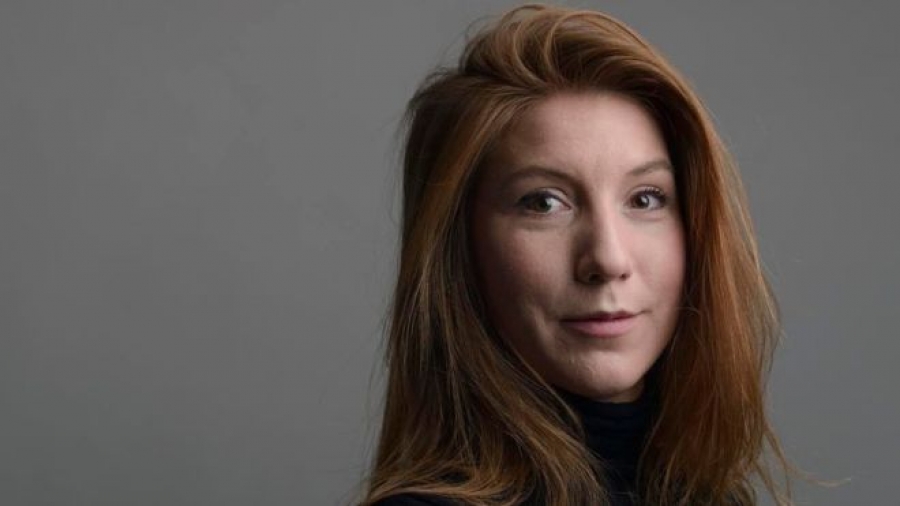 A headless torso found in waters off Denmark has been identified as missing Swedish journalist Kim Wall, Danish police say.

There was a "DNA match between [the] torso and Kim Wall", Copenhagen police said early on Wednesday.

Ms Wall was last seen alive on 10 August as she departed on a submarine trip with inventor Peter Madsen.

The submarine sank hours after the search for Ms Wall began. Mr Madsen was charged with negligent manslaughter.

He initially said he had dropped her off safely near Copenhagen, but has since said she died in an accident and that he had "buried" her at sea.

Danish police believe the 40-tonne submarine was deliberately sunk by Mr Madsen. He denies any wrongdoing.

Lead investigator Jens Moller Jensen said that DNA had been taken from Kim Wall's hairbrush and toothbrush at her home in Sweden and it matched the remains found on a beach south of Copenhagen on Monday. There was metal attached to the headless torso to ensure it sank, he added.

Blood found on the submarine itself had also been identified as belonging to the Swedish journalist. He would not comment on the cause of death but said a post mortem examination was being carried out and police were still looking for the rest of her body.

What happened to Kim Wall?

Ms Wall, 30, was reported missing by her boyfriend in the early hours of 11 August, after she failed to return from a trip on Peter Madsen's homemade submarine, the Nautilus.

A freelance journalist who had written for the Guardian, New York Times and South China Morning Post, she was researching a feature about the inventor and the Nautilus, which he built in 2008 with crowdfunding.

Emergency services scoured the area of sea to the east of Copenhagen and the submarine was eventually spotted from a lighthouse south of the Oresund bridge between Denmark and Sweden. Within 30 minutes the vessel had sunk and Mr Madsen was rescued.

For 10 days, the search for the journalist continued. A torso was found by a passing cyclist on a beach near Koge Bay on Monday.

Police said the next day that the arms, legs and head had been deliberately cut off. They finally confirmed it was Kim Wall in a tweet early on Wednesday.

Mr Madsen's lawyer, Betina Hald Engmark, says her client has not confessed to anything. He pleaded not guilty in a closed-door judicial hearing earlier this month.