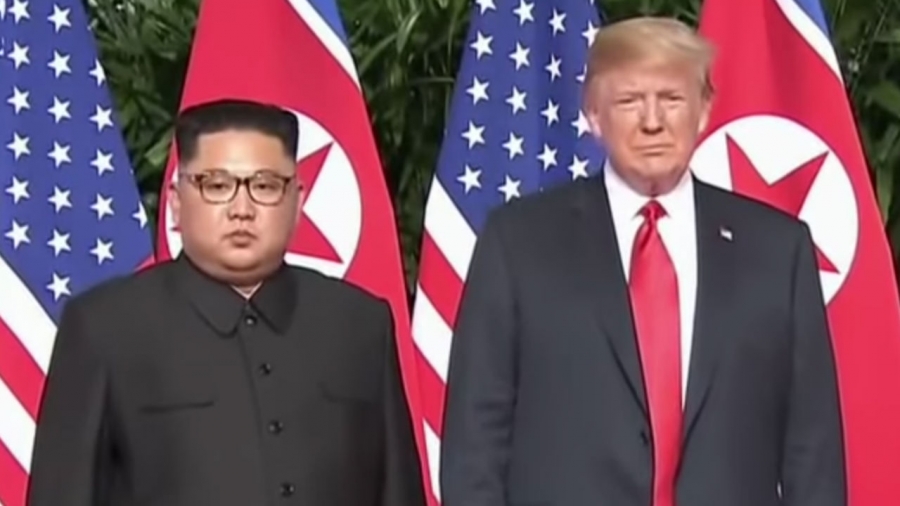 According to South Korean officials Thursday morning, Kim said he wants to denuclearize before the end of President Donald Trump‘s first term.

“He reaffirmed his determination to completely denuclearize,” South Korea national security adviser Chung Eui-yong told reporters the day after meeting with the North Korean dictator. ““Chairman Kim … expressed frustration over the doubt shown by some parts of the international society about his will. North Korea has been preemptively carrying out measures needed for denuclearization, and Kim said he would appreciate that such good faith is accepted with good faith.”

South Korea says that Kim is committed to join a summit with South Korean President Moon Jae-in this month in Pyongyang, which is currently scheduled September 18-20.

“Noting that it is our fixed stand and his will to completely remove the danger of armed conflict and horror of war from the Korean peninsula and turn it into the cradle of peace without nuclear weapons and free from nuclear threat, he said that the north and the south should further their efforts to realize the denuclearization of the Korean peninsula,” the Korean Central News Agency said. “He also talked with it candidly over many issues arising in accelerating the development of the north-south relations and preserving peace and stability of the Korean peninsula.”

Peace talks between the United States and North Korea have been rocky in recent months as reports of North Korea still developing missiles appeared to have spoiled the rapport between Donald Trump and Kim Jong Un. Trump recently urged Secretary of State Mike Pompeo to cancel his summit with the dictator.