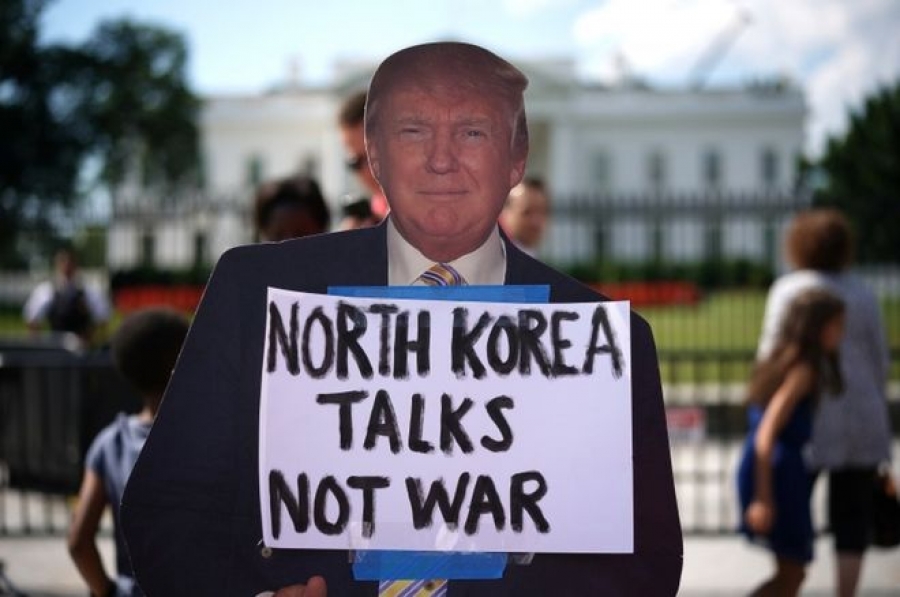 President Donald Trump says the US military is "locked and loaded" to deal with North Korea, ramping up the rhetorical brinkmanship.

He spoke as North Korea accused him of "driving" the Korean peninsula to the "brink of a nuclear war".

Pyongyang is finalising a plan to fire missiles near the US territory of Guam.