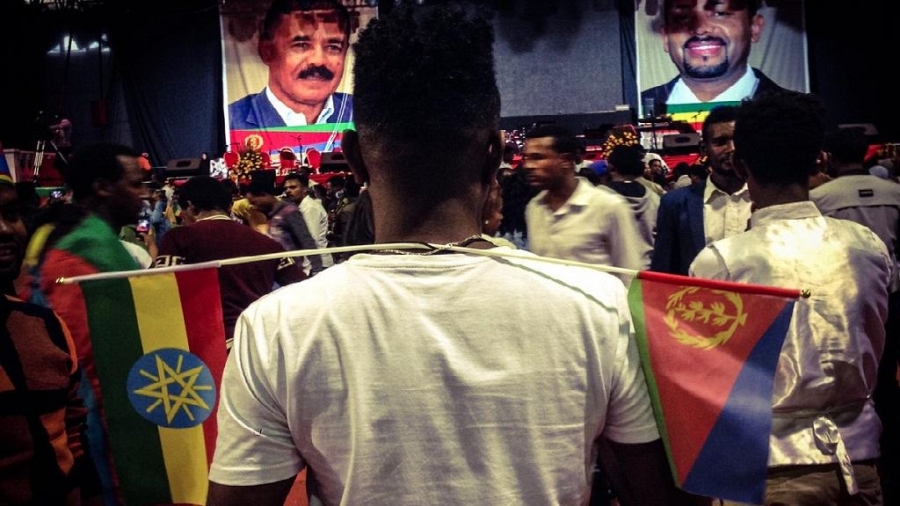 Eritrea-Ethiopia deal did not require any mediation – FM Saleh Featured

Eritrean Foreign Minister Osman Saleh says the June 8 peace deal between the two countries was one that was agreed by the respective governments without any intermediaries.

Saleh was speaking in Italy during the second Italy-Africa Forum held in Rome between 24 – 25 October. Also in attendance was his Ethiopian counterpart Workneh Ghebeyehu.

“Many think that the peace was preceded by protracted behind-the-scene negotiations. That was not the case. The first time that the two sides met and talked was when the Eritrean delegation landed in Addis Ababa. And it was not just a physical encounter. It was a meeting of minds.

“Eritrea and Ethiopia have not just made peace. They have embarked on a partnership of complementarity and synergy, determined to make up for the lost time and opportunities. They are prioritizing joint interests, and investing in joint programs and projects.

The Foreign Ministers of Eritrea, Ethiopia and Italy held tripartite meeting on the margins of the Second Italy-Africa Forum in Rome. Issues discussed include: enhanced economic cooperation; joint work for stabilization of Somalia; as well as lifting of UNSC sanctions on Eritrea

“They have opened their common borders for the free movement of people and goods,” Saleh stressed whiles admitting that earlier mediation overtures had failed to materialize.

A lot of ink has gone into how the deal was reached after decades of hostilities. Many have pointed to the United States but more to the involvement of Gulf nations who are said to have an interest in trade and security along the Red Sea.

Leaders of Eritrea and Ethiopia, Isaias Afwerki and Abiy Ahmed respectively have since the signing of the deal received medals from the United Arab Emirates and Saudi Arabia governments. They signed a further deal in Jeddah, in the presence of the United Nations chief.