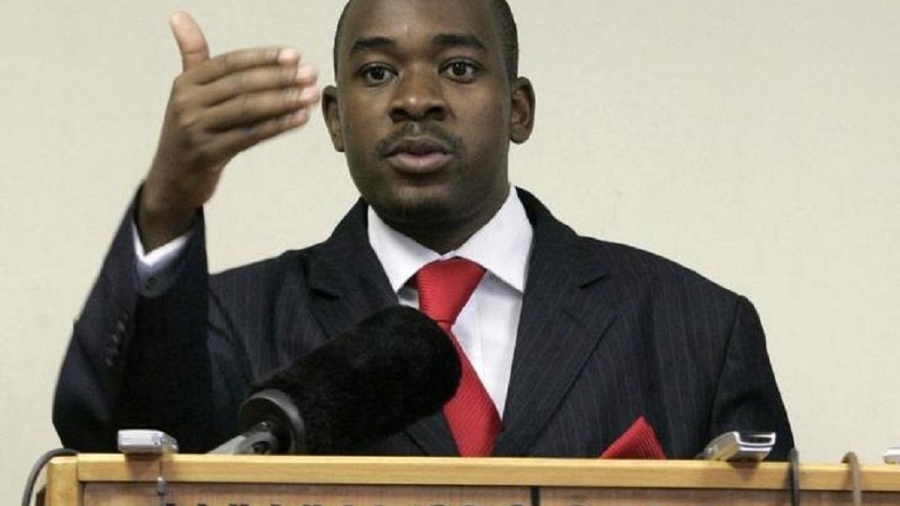 Zimbabwe’s opposition leader, Nelson Chamisa has called for the establishment of a national transitional authority, saying it is the only way to solve the legitimacy question of president Emmerson Mnangagwa’s government.

Chamisa, who was addressing a press conference on Tuesday, said an illegitmate government can not resolve the prevailing economic crisis, and the long standing isolation of the country from the international community.

Chamisa and the Movement for Democratic Change Alliance have consistently refused to acknowledge the triumph of the ruling ZANU-PF party at the July 30 presidential elections.

People are calling me wanting solutions, they want solutions from the person they voted for.

Chamisa issued a five-point program that included constitutional reforms and a joint approach to solving legitimacy, economic and international isolation issues that Mnangagwa’s governments is grappling with.

‘‘Mnangagwa can go to Davos, China and everywhere but nothing will change. When I also go on foreign trip soon, I will be singing a different tune and the country does not need this discord.’‘

The opposition leader also issued guidelines on what must be done to address the prevailing economic crisis that has seen fuel shortages, hikes in the prices of basic comodities and closure of businesses.

Chamisa called for the abolishing of Zimbabwe’s surrogate bond currency, a reversal of the 2% transaction tax and an audit of the $16.9 billion national debt.

‘‘People are calling me wanting solutions, they want solutions from the person they voted for,’‘ claimed Chamisa.

Protests and the MDC anniversary

MDC’s plans to install Chamisa as the ‘people’s president’ had been foiled by a ban on public gatherings in the capital city, in the wake of a cholera outbreak.

The police has also blocked attempted protests and demonstrations against the prevailing economic crisis, using the same cholera reason.

Chamisa, however indicated that his party would celebrate its 19th anniversary this week on Saturday, with or without police approval.

‘‘Cholera has helped Zanu PF to ban our activities…we will use all peaceful mechanisms to ensure our anniversary celebration goes on on October 27,’‘ Chamisa said.

Chamisa Press Conference has ended:
# MDC anniversary celebrations on this weekend, whether police approve or don’t
# MDC wants dialogue and a National Transitional Authority
# MDC will embark on protests to force Mnangagwa and Zanu PF to put country back on ‘path of legitimacy’