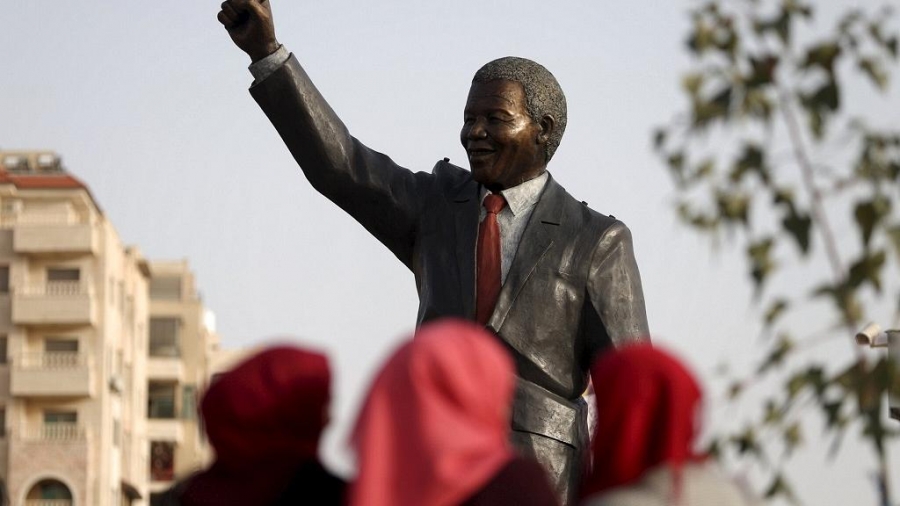 Nelson Mandela statue to be erected at U.N. headquarters Featured

South Africa’s anti-apartheid hero and first democratically elected president, Nelson Mandela will be honoured at the United Nations General Assembly, with a statue erected in the organisation’s headquarters.

Over 150 speakers are expected to participate in a peace summit held in Mandela’s honour on Monday, where the global icon’s role in fighting for justice and peace around the world will be recognised.

The 1.9m statue of Mandela, born 100 years ago, with arms outstretched at the U.N. building in New York, once unveiled be the first time a statue of a person will reside in the United Nations headquarters.

At the peace summit and the General Assembly, world leaders will address the planet’s pressing problems: war, poverty, disease, migration and climate change.

The United Nations is declaring 2019-2028 as the “Nelson Mandela Decade of Peace,” and a declaration being adopted at Monday’s peace summit connects his qualities of humility, forgiveness and compassion to U.N. goals, including disarmament, human rights and poverty alleviation.

The declaration’s signatories recognise “that the world has changed significantly since the founding of the United Nations, and acknowledge that global peace eludes us to this day,” it says.

It goes ahead to praise South Africa, remembering the country’s dismantling of its nuclear weapons program toward the end of apartheid and Mandela’s appeal for the “total elimination of nuclear weapons.”

Monday is also a public holiday in South Africa, Heritage Day, introduced when Mandela was president to celebrate the country’s cultural diversity.