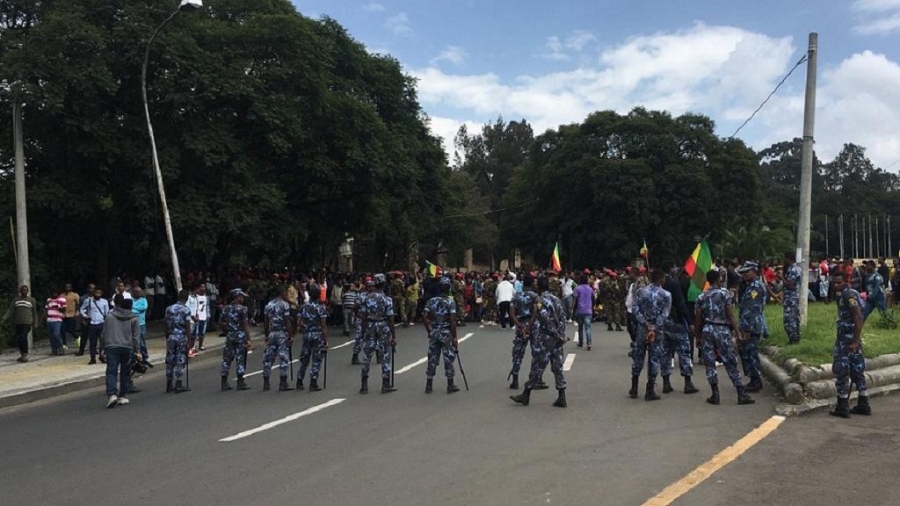 Residents in parts of the Ethiopian capital Addis Ababa are protesting over brutal deaths which claimed lives and displaced hundreds over the past few days.

Reports from Addis as at Monday morning said economic activity had largely grounded to a halt as people continued to mass up around the Meskel Square. Police have blocked the protesters from accessing the square.

News from Burayu, a town in the Oromia region and located on the outskirts of the capital said organized and gruesome mobs unleashed terror on residents.

Hundreds were said to have fled their homes heading to Addis Ababa. This increases Ethiopia’s internal displacement figures which is closing in on the 1.5 million mark.

The Addis Standard portal on Sunday reported seeing soldiers on their way to the affected communities. Prime Minister Abiy Ahmed has denounced the attacks he labeled as cowardly, vowing that the appropriate response will be taken.

Activists have also condemned the attacks which have been identified as a potent threat to reforms by the government.