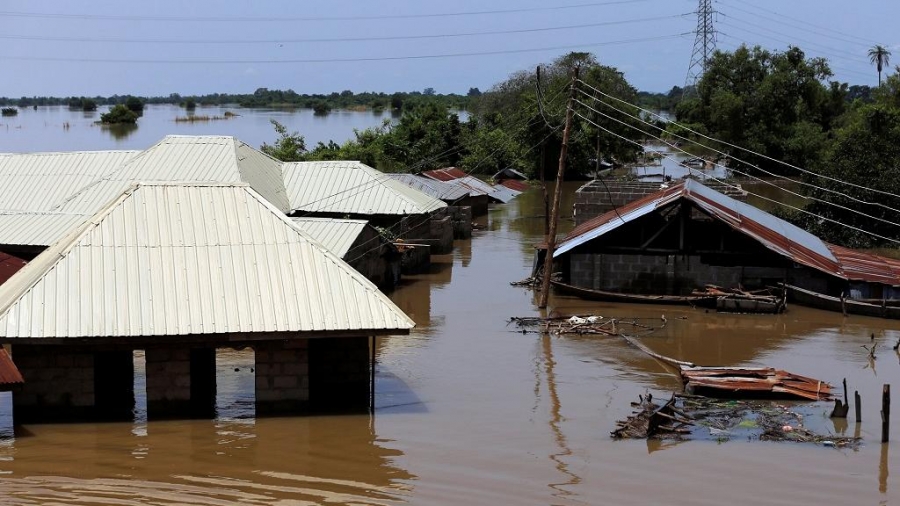 The Nigerian government on Monday declared a national disaster over flooding that has affected four states – Kogi, Niger, Anambra and Delta.

The declaration was made by head of the National Emergency Management Agency, NEMA, on behalf of President Buhari, who had last week delegated that duty.

“On behalf of the Commander-in-Chief of the Armed forces of the federal Republic of Nigeria, Muhammadu Buhari, I, Engineer Mustapha Maihaja, the Director-General of National Emergency Management Agency, hereby declare national disaster in the following states: Kogi state, Niger state, Anambra state and Delta state.

“Other states will be under watch as the situation continues, may I further state and announce that National Emergency Management Center, the situation room domiciled at the NEMA headquarters and five territorial emergency centers have been activated and fully on ground for effective search and rescue operations,” he added.

Hydrological authorities in the country had warned that with the rising levels of water in the Niger and Benue rivers, a flooding situation was to be expected.

Government subsequently allocated three billion naira (about $8.2 million) to cater for medical and relief support for persons affected by flooding in parts of the country.

Parts of the country have occasionally been hit by floods leading to loss of lives and properties. NEMA has always teamed up with state governments to provide relief.