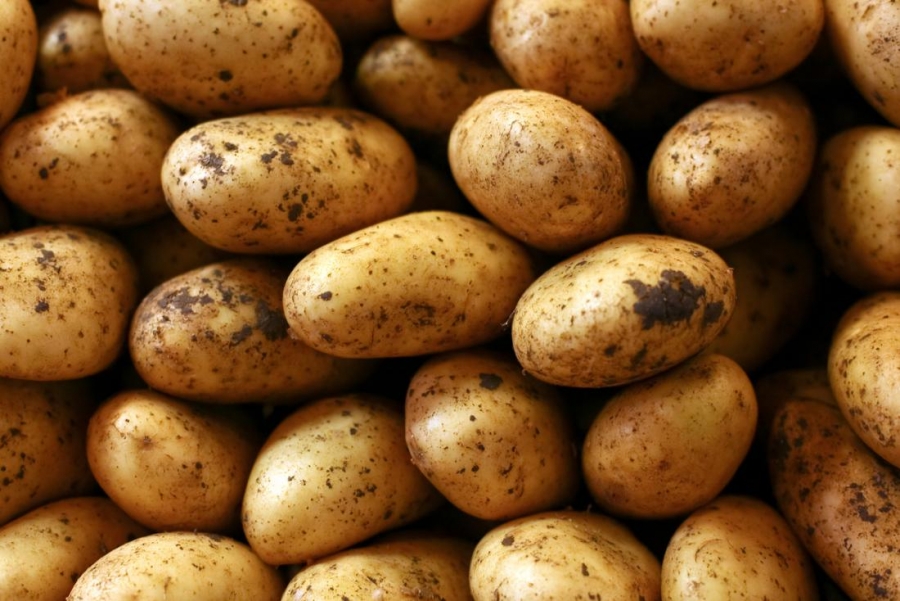 People who have a potato allergy may also have a risk of allergies to other substances containing similar allergens to those in a potato. However, avoiding potato in the diet may be harder than it seems.

Here, we take a look at some alternatives that may make the transition to a potato-free lifestyle easier.

People who have a potato allergy may also have a risk of allergies to other substances containing similar allergens to those in a potato. However, avoiding potato in the diet may be harder than it seems.

Here, we take a look at some alternatives that may make the transition to a potato-free lifestyle easier.

A potato allergy is quite uncommon but for those who are allergic, avoiding potatoes in the diet may be a challenge.

An allergy to potato happens when the immune system mistakes certain proteins in the cells of the potato for a harmful substance. When this occurs, the body produces a reaction similar to the one created when it attacks viruses or bacteria.

The body responds to these "intruders" by stimulating the immune system to isolate and eliminate the problem.

White blood cells and compounds, such as IgE antibody, are dispatched to try and "protect" the body, and certain white blood cells and mast cells release histamine. It is this response by the immune system that causes many of the symptoms of a potato allergy.

Who gets a potato allergy?

Potato allergies can affect anybody, although they are relatively uncommon. However, the number of people with food allergies of one kind or another seems to be increasing in Western countries.

Similarly to other food allergies, children who develop a potato allergy may grow out of it. Many adults who are diagnosed with a potato allergy are affected by it for the rest of their lives.

Members of the nightshade family include:

A potato allergy may also indicate an allergy to tomatoes, eggplants, and bell peppers.

Cross-reactivity of substances from different members of the nightshade family can occur in people with an intolerance to potatoes.

People with true a potato allergy may have a reaction immediately after touching, peeling, or eating potatoes.

Raw and cooked potatoes may cause these reactions, although each person experiences them differently. Some people may even respond to traces of potato left on serving spoons or plates after use.

Symptoms may vary from person to person, but typical symptoms of a potato allergy include:

Some people experience a severe allergic reaction when exposed to potato, leading to anaphylaxis.

Anaphylaxis is a severe, acute allergic reaction, which can be life-threatening if untreated. Symptoms of anaphylaxis caused by a food allergy usually include:

A person with a known severe allergic reaction to potato will usually have an antihistamine medication or epinephrine on them. But even if an individual is taking medication, these reactions will still require medical attention, to ensure no further complications arise.

Potatoes can be found in many foods, and people with an allergy or intolerance must be vigilant to avoid them.

Foods that use potato include:

Potato starch or potato flour is also hidden in many food items. Potato flour is used to replace wheat flour in some recipes for baked goods. Potato starch is often used to thicken food, absorb water, or prevent certain things from sticking together.

Potato starch or flour is found in some unexpected places, including:

Anyone with a potato allergy or intolerance needs to read the food labels of anything they buy to be certain they are free from potatoes.

Avoiding potato can be more difficult at restaurants. A person who is severely allergic to potato may react to traces in food contaminated by potato found on utensils, countertops, or in frying oil. It is best to let the staff know of any allergies before ordering.

Friends and family should also take care to avoid eating potato or foods containing potato around anyone with a potato allergy. Potato crumbs on a shirt may be enough to cause a reaction in some people, and loved ones should be aware of the issues.

Potato substitutes are popular due to people wanting a varied diet and trying to eliminate carbs and starch. However, many ingredients can be used instead of potato, including:

When to get tested

Anyone experiencing new reactions to food should contact a doctor or allergist. Tests can then be run to identify the full range of allergens that may affect the person, and they can begin to prescribe medications to avoid or treat reactions.

People with known allergies who experience new symptoms or reactions should also see their doctor, as they may require new medicine.

There is also the possibility that a new sensitivity could be an allergy to a particular food. An allergist may recommend keeping a food journal to track everything that is eaten to help look for possible allergens. Working directly with a doctor or allergist is the best way to reduce reactions and avoid complications caused by a potato allergy.