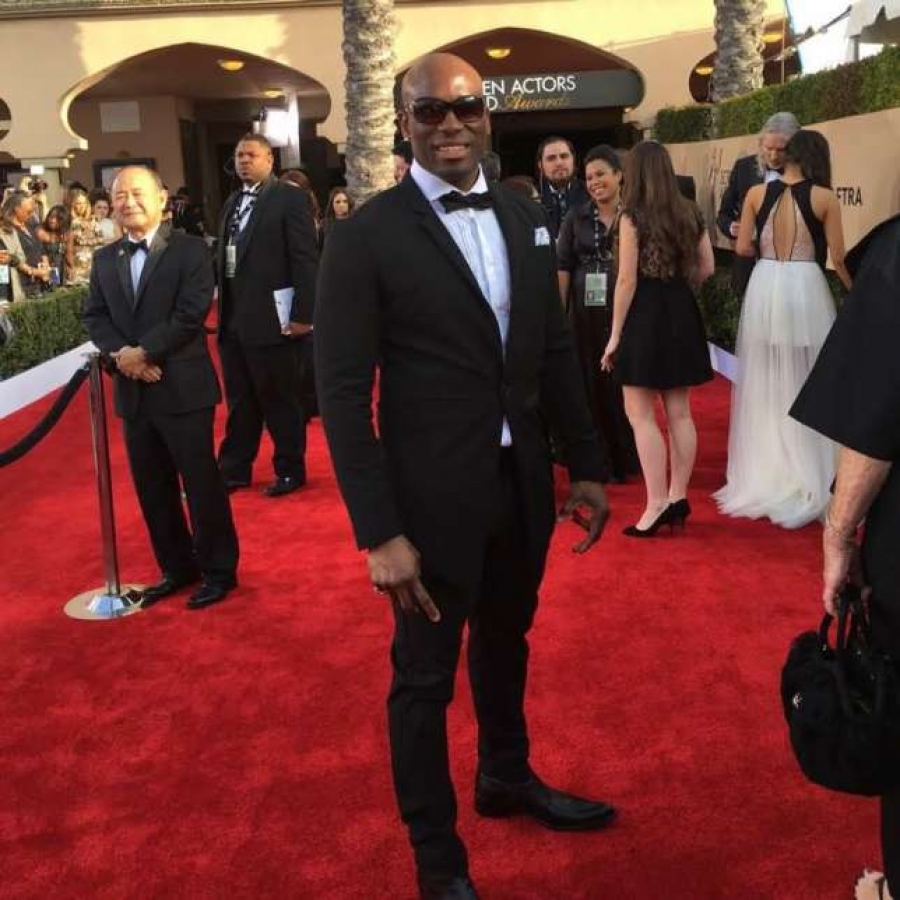 "The Terminal" actor shares plans to bring Hollywood to Nigeria

US-based Nigerian actor, Ike Steele has shared his plans to bring some of his Hollywood expertise to the Nigerian movie industry.

Steele, who once appeared in the Steven Spielberg directed movie, "The Terminal", enthused about his intent in an interview with Daily Independent reporter, Hazeez Balogun.

Hollywood producer/director Steven Spielberg worked with Frank Marshall on films like "The Color Purple," "Empire of the Sun" and "Always"

The movie producer who confessed to have initially turned down a suggestion to showcase his film, "The Immigrant" in his birth country, Nigeria, in the year 2008, beamed with excitement and curiosity at the thought of doing so now.

Nollywood's fast improvement has no doubt made part of the motivation for Steele who said:

"We went to Cannes in 2008, while there, I met quite a few number of Nigerian film people I guess the minister.

"They came to the festival so they saw the film and they told me to put it in the Nigerian Film Festival, but honestly, I have to be honest with you, I didn’t care for Nigeria film festivals at that time, so I didn’t follow through.

"I could care less because I was looking at the bigger film festivals but I guess that’s the reason why I’m here now.

"This is my place of birth, I cannot not be a part of this beautiful industry called Nollywood. I want to learn and participate in what goes on here too."

As a way of further improving the quality of movies in Nigeria, the actor plans to introduce a production style peculiar to Hollywood into the country.

This is expected to affect positively the marketing of films produced in Nollywood which seems to be gaining audiences outside the shores of Africa.

"I can bring on board a lot of great collaborative efforts as the style of the production as far as going into mainstream Hollywood market because there’s a way Hollywood does films which we are almost getting there," Steele said.

Ike Steele is the producer of the movie, "The Immigrant".

For the actor who doubles as a model, his focus is simple and straightforward.

He wants to collaborate with as many as possible talented movie professionals in the areas of writing, directing, production and so much more.

"Well, I just being very humble, being open to actors, artiste, writers, producers, directors. I’m open to any collaborative work.

"I’m hoping to work with them in the aspect of writing, directing, producing, acting, any area of this field that they see me fit to be a part of, I’m very very open.

"I’m not here to teach anybody anything, I’m here to listen and follow instructions and contribute anyway I can to make production work."

Ike Steele's pursuit of a career in the American entertainment industry has seen him work with some notable musicians such as Kanye West, Beyonce, Kelly Clarkson, John Legend and so much.

His wealth of experience will prove invaluable to the growth of not just film production in Nigeria, but showbiz as a whole.