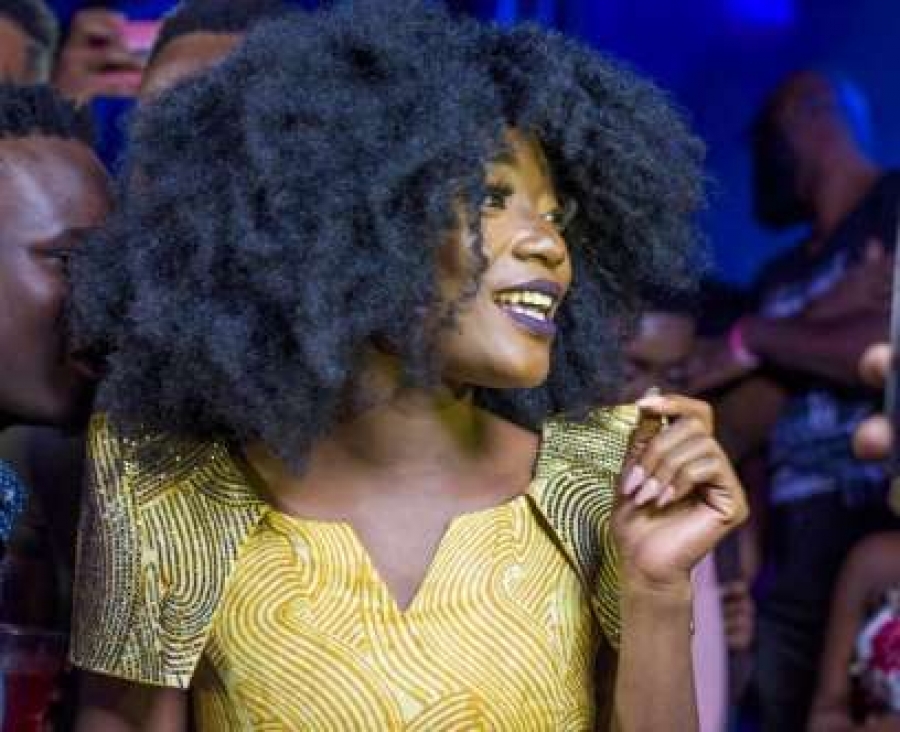 Ghanaian songstress, Jane Awindor,  popularly known as Efya has revealed her favourite position in bed when having sex.

According to the award-winning singer, she loves the doggy style better than the well-known missionary style when she is making love with her partner.

In an interview with Lexis Bill on Joy FM’s Drive Time, the Best In Me Hitmaker was put to on the spot to choose between the two sex styles to which she picked the doggy style.

She, however, couldn’t choose between Stonebwoy and Shatta Wale as her favourite and instead admitted to loving both equally

She also disclosed that she was a lover of dark men rather than their fair counterparts. Efya is signed on to Star Boy Records and is currently promoting her new single, “Until The Dawn” featuring Maleek Berry.

Efya celebrated her 30th birthday bash in the most lit Gingam way possible.

After devoting years to basically slaying us all, the singer turned 30 on Monday, April 10 and celebrated as only the Gingam Nokturnal Queen could: with a groovy birthday bash.

The One of your own hit maker gathered her nearest and dearest for a party of epic proportions at the Twist Club and Lounge in Labone, Accra, where the dancing was hot, the flares were big and the hair was bigger.