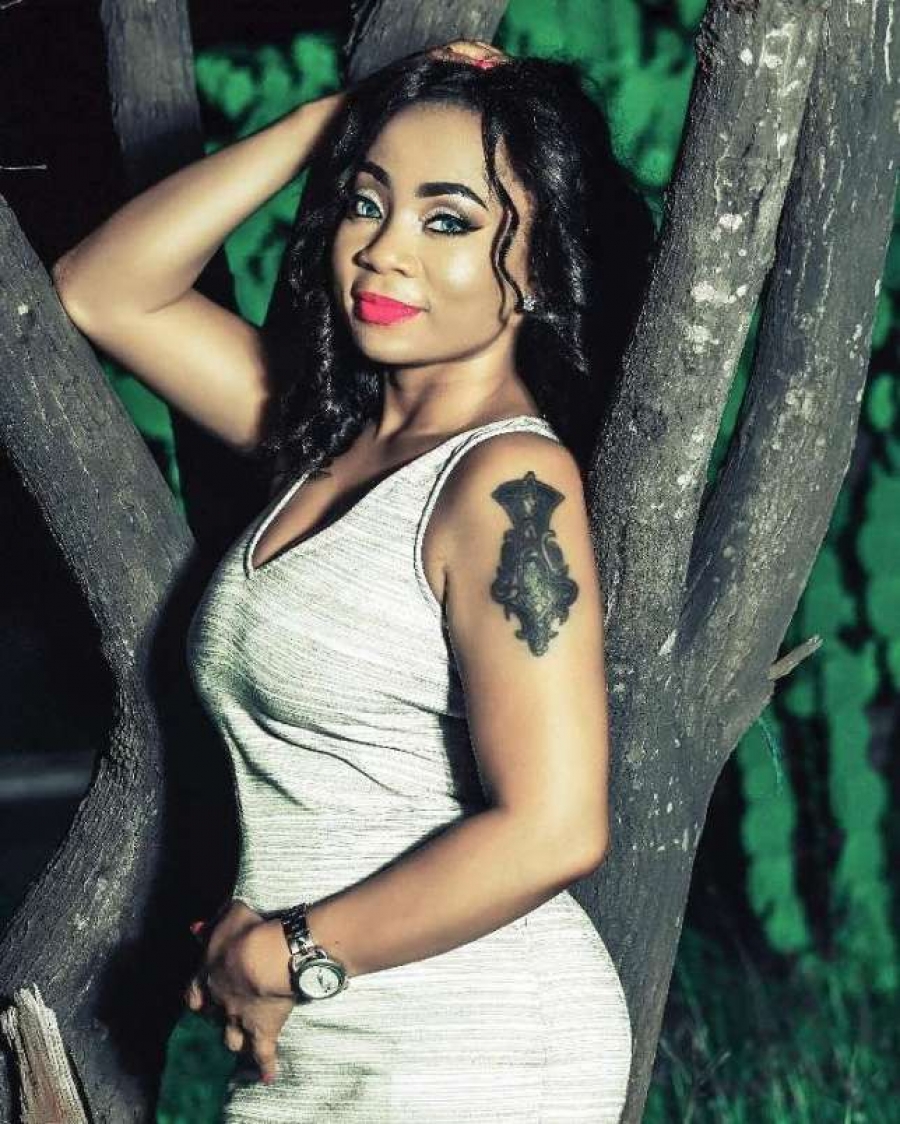 Media Personality, Delay says Vicky Zugah is a pathological liar and a hypocrite. She slammed the mother-of-two for lying to Ghanaians about her ex-boyfriends.

Delay real name Deloris Frimpong Manso revealed on the Delay Show that Ghanaian actress has denied all the things she said in the past.

“You are beautiful and a good friend and I like you but I think you are a pathological liar. Everything you said to the public about Bolt and actor Leo Mensah is all fake”.

Delay made this comment after Vicky Zugah who has in the past confirmed having a tattoo of her Sierra Leone baby daddy, Bolt on her body, denied ever saying that.

The actress said on the Delay Show some years back that she will forever keep her ex- lover’s tattoo for memories but she denied that she never made such comments.

According to her, the tattoo was on her body for a project that was never successful so she doesn’t see the reason to keep it.

However, Vicky Zugah in a recent interview opened up about her experience with abusive boyfriends.

The actress revealed that for the past four years, every man she has dated laid their hands on her on a countless number of occasions.

According to her, the attacks have on occasions left her face with recognizable bruises.

The mother of two also revealed that her worst domestic violence experience was when she had a broken arm and a bruised face after serious abuse by one of her ex-boyfriends.