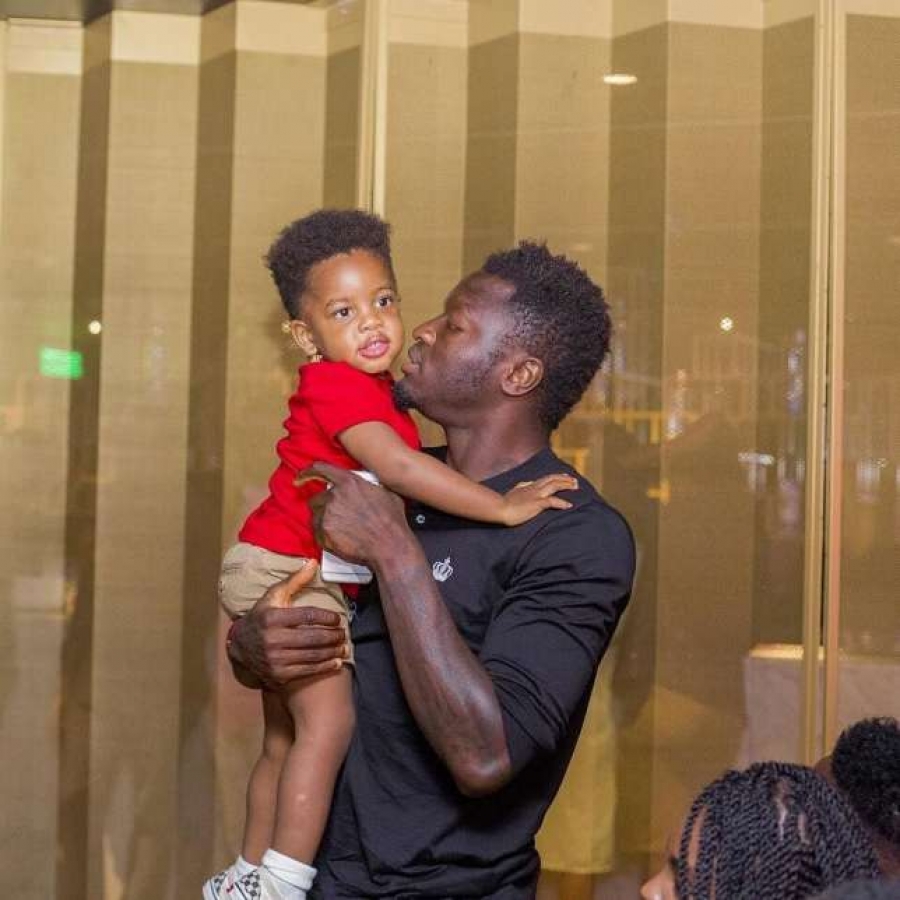 Ghanaian international midfielder, Sulley Ali Muntari and his son, Jamal Muntari are breaking the internet with their new set of photos.

Sulley and his son were at the Carbon Night Club, Accra to support Menaye Donkor launch the 2017 edition of the Miss Universe Ghana pageant. Menaye, was announced as the director of the pageant in Ghana last month alongside her company MALZ Production.

The midfielder kept his son who is a clear reflection of himself amused throughout the event as their mom took on several responsibilities at the event which was attended by several A-list personalities including Bola Ray, Yvonne Okoro, Deborah Vanessa and Kofi Okyere Darko.

Photos of the two bonding and laughing like the quintessential father and son goes to prove what Menaye said about husband in an interview with Delay in April 2017.

According to Menaye, she fell in love with Sulley Muntari because he has a soft spot for kids and would always entertain her little nephews/niece anytime he visited them.

Sulley and Menaye were blessed with Jamal two years ago.