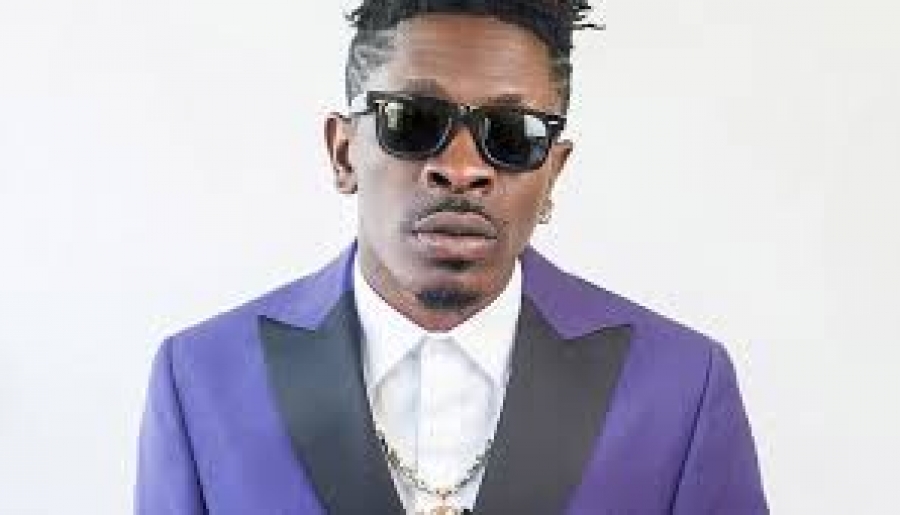 The management of dancehall artiste, Shatta Wale have finally apologized for his brawl with Stonebwoy at the 20th anniversary of the Vodafone Ghana Music Awards (VGMA) last Saturday.

Shatta's team clarified the issue and say he had no intention to start a fight with Stonebwoy and was only going on stage to congratulate him.

Below is Shatta Wale’s full statement

Management of Shatta Wale wishes to render a sincere apology to all patrons of the 20th edition of the Vodafone Ghana Music Awards (VGMA), viewers of the event around the world, organizers of the awards, Charterhouse Productions, title sponsors, Vodafone Ghana and all Shatta Movement fans worldwide for the unfortunate incident that happened during the recently held VGMA. We further apologize for all the inconveniences caused on the night and afterwards.

As planned and communicated to the organizers on the morning of the event, Shatta Wale was going to sit amongst his fans in the standard ticket section of the auditorium. Due to circumstances beyond the control of the team, Shatta Wale arrived at the venue after the event had started and had been announced as winner of two categories (Reggae Dancehall Song of the year and Highlife Song of the year).

This accounted for Shatta Wale’s inability to receive the awards he won himself.

After the announcement of the winner of the Reggae Dancehall Musician of the year category, Shatta Wale decided to reposition to the VIP section to meet his father and a dignitary who had asked to see him.

A member of his entourage then suggested to him to join Stonebwoy on stage to congratulate him on his win in the spirit of unity, as he had done at the 2015 4Syte Music Video awards.

He agreed and asked his security team to lead him onto the stage only to be met with confrontation instigated by Blakk Cedi, Manager of Stonebwoy.

We wish to state that Shatta Wale accepted a call from Charterhouse to join forces to make the 20th anniversary of the VGMA memorable and has over the period demonstrated his commitment to this course by performing at the VGMA Nominees Jam in Kumasi and VGMA Experience Concert at the Independence Square. Shatta Wale extensively campaigned for votes and promoted the anniversary celebration using his various social media platforms. It will be very illogical for him to deliberately act in a manner to ruin and mar the same event he has spent a lot of resources to promote and urged his fans to attend. Shatta Wale meant no harm and considers this incident as unfortunate.