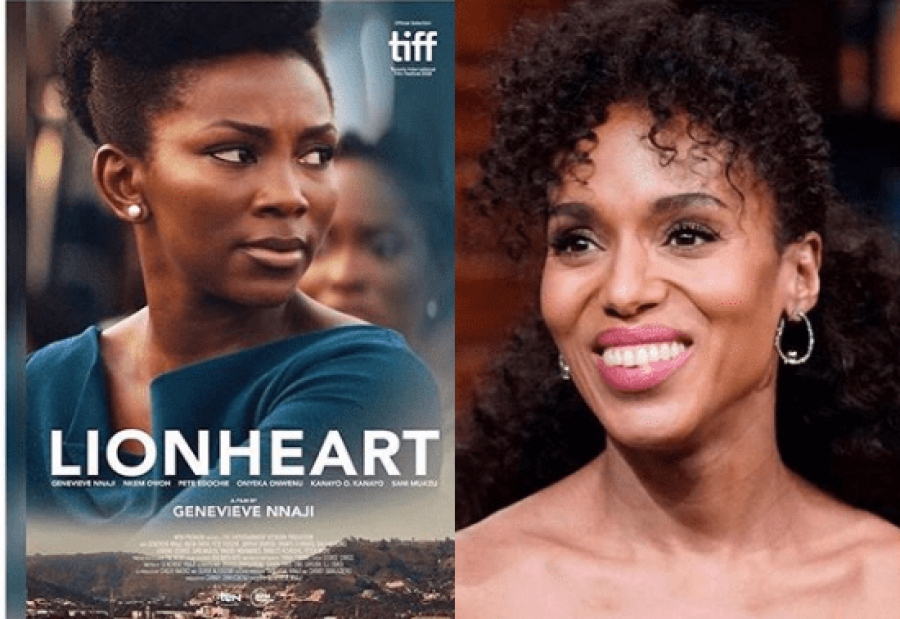 Kerry who herself is married to a Nigerian certified the movie saying it is heartwarming and inspiring. 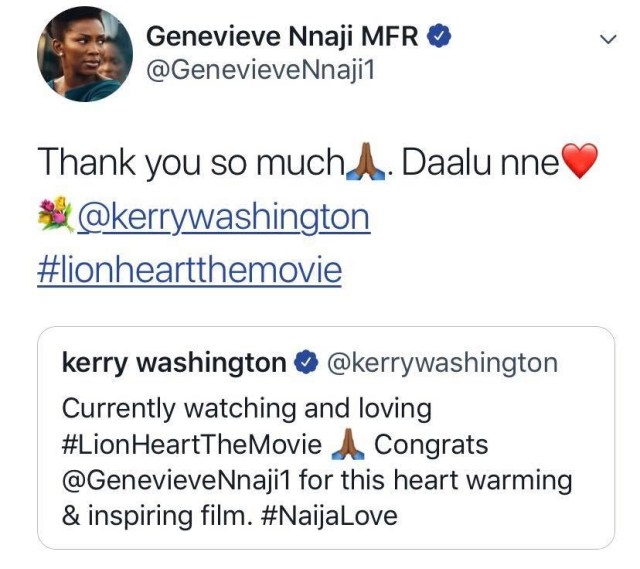 The actor-producer took to her Instagram today to thank all those who have watched and promoted her original Netflix movie, “Lionheart,” which premiered on January 4.

“Thank you, everyone, for accepting @lionheartthemovie into your homes and your hearts. Worldwide,” said Nnaji on her Instagram, adding, “This is how we change the narrative. Together. Let us continue to bridge the gap.”

Lionheart follows the story of an enterprising daughter (played by Nnaji) who competes with her crude and eccentric uncle to control her family business after her father falls ill.

After it premiered, fans all over the world took to their social media to share opinions on the production, casting, and performances. Read what they think here.