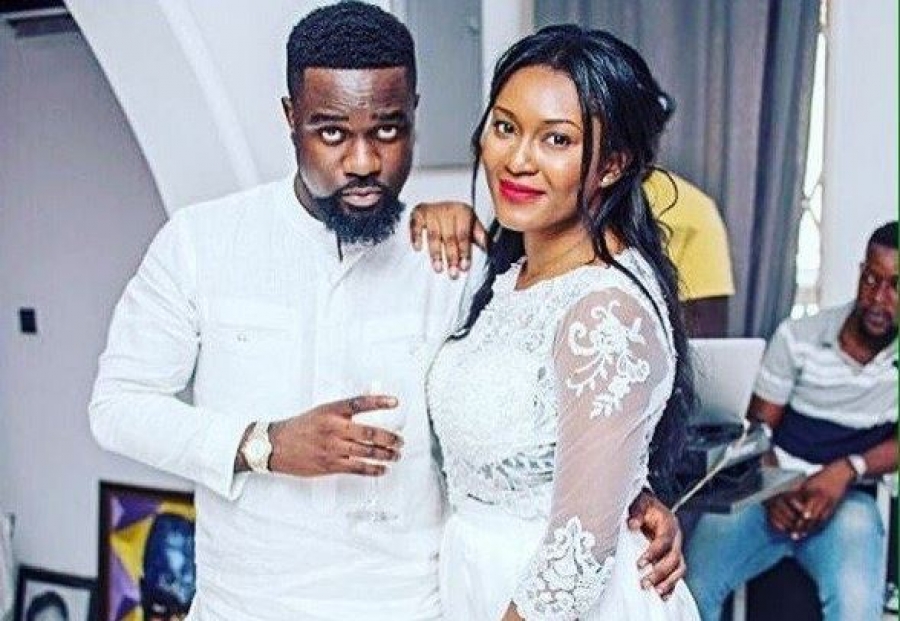 Ghanaian rapper, Michael Owusu Addo, known in showbiz circles as Sarkodie, tied the knot with his longtime girlfriend, Tracy at a glitzy ceremony on

The 'strictly-by-invitation' ceremony was reportedly held at the Labadi Beach Hotel, Accra.

A host of the couple's friends from the entertainment circles were present at the event with Nigerian Act P Square treating the couple to their hit 'Chop My Money' song after they said their vows.

Sarkodie and Tracy have been in a relationship for 10 years and have a two-year-old daughter, Adalyn Owusu Addo (Titi).