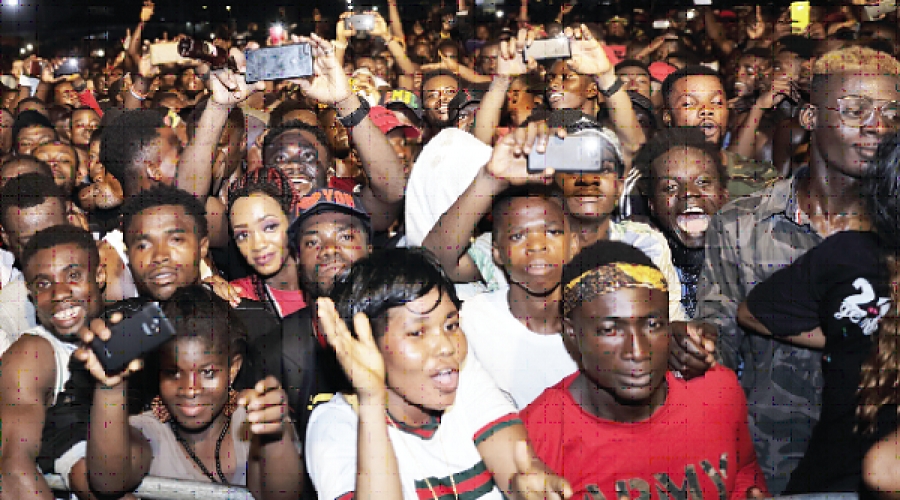 Thousands of Ghanaians and sympathizers on Friday March 23, made their way to the Ghana International Trade Fair Centre to mark the memorial concert of late Dancehall artiste, Priscilla Opoku-

Dubbed, Ebony’s Tribute Concert, the event was put together by the Musicians Union of Ghana (MUSIGA), Ministry of Tourism, Arts and Culture and Kasapreko Company Limited.

The concert which started at 10 pm was well attended by colleagues in the music industry and many of her fans to bid farewell to the dancehall artiste.

Among the artistes who took the stage to perform on the night were Sarkodie, Edem, Ras Kuku, Coded of 4X4, Gemini, Donzy, Reggie-Rockstone, Nana Boroo, Kurl Songz, Kwesi Arthur, Epixode, Article Wan, Keche, Dada KD among a host of others.

The artistes took the crowd through a repertoire of their songs amidst energetic performances which saw patrons singing and dancing along.

Even the rains which began pouring from about 2 am could not dampen the excitement of the crowd when Sarkodie finally took to the stage.

Despite the rains, Sarkodie put on a tearful performance in support of Ebony for about 15 minutes until the downpour brought proceedings to an abrupt end.

Ebony lost her life in a road accident on Thursday 8th February 2018 after the Jeep she was travelling in run into a VIP bus near Mankraso in the Ashanti region.

Her best friend Franky Kuri and Atsu Vondee, a military personnel, who was traveling alongside her also lost their lives in the tragic accident.