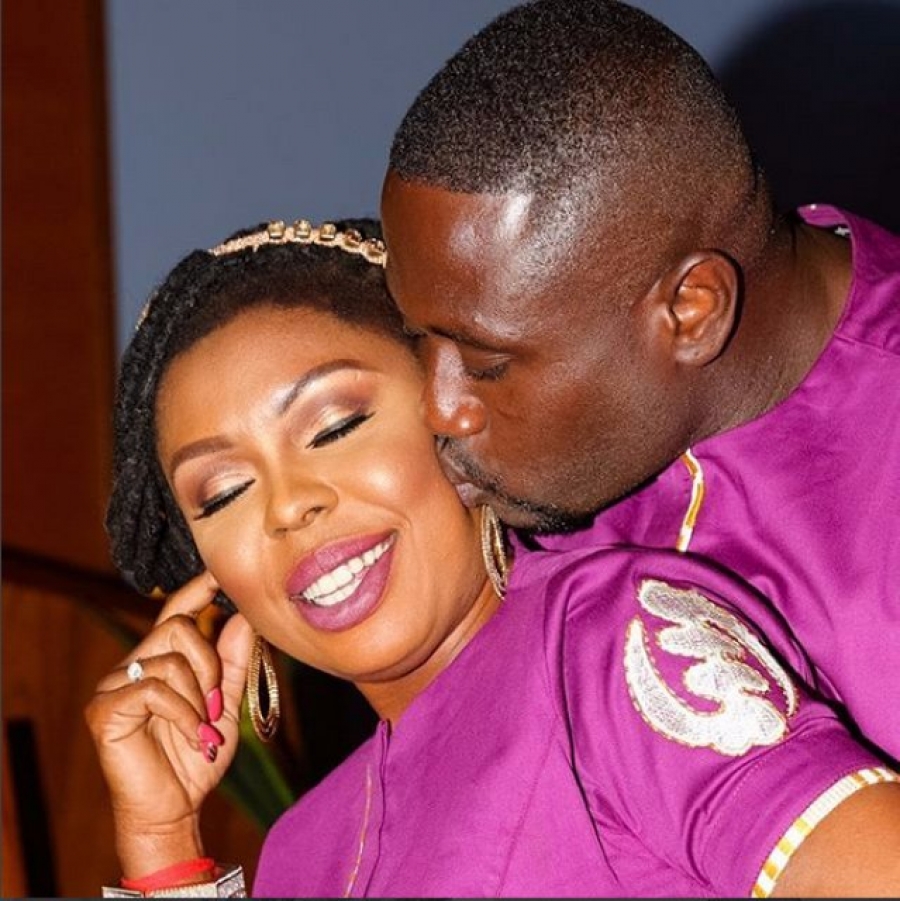 Mr Abrokwa, Myjoyonline gathers, will appear before the Domestic Violence Court for his role in the recording and circulation of a video of alleged infidelity involving the actress.

A docket has been prepared and the police are ready to prosecute, the source said.

Mr. Abrokwa is facing two charges of possession and circulation of obscene material and threat of harm.

There are videos circulating on social media showing Afia Schwarzenegger alleged to be involved in an affair.

News broke recently that the actress was caught in bed with another man barely nine months into her marriage. The video is alleged to have been recorded by her husband, Mr Abrokwa.

In the video, Afia Schwarzenegger is seen wearing a headscarf and clad in a white towel trying to shield her private parts from the preying lenses of the camera.

She is heard screaming and wailing while her ‘husband’ quizzes her if ‘that is how she is?’

Shortly after the incident, rumours were rife that the actress’ marriage had hit the rocks.

Reacting to the rumours, the comedienne, born Valentina Nana Agyeiwaa, confirmed that she is no longer with Mr Abrokwah.

The mother of three - third child adopted - posted on her Facebook and Instagram pages that she is single and ready to mingle.

“I am single...ready to date your father! Nice breast, nice ass, not for broke men....Massa get a job and take your eyes off my money,” she said.

Afia Schwarzenegger and Mr Abrokwah got married at a private ceremony on Saturday, October 22, 2016, inside a church at Florida Lake in Johannesburg in South Africa.