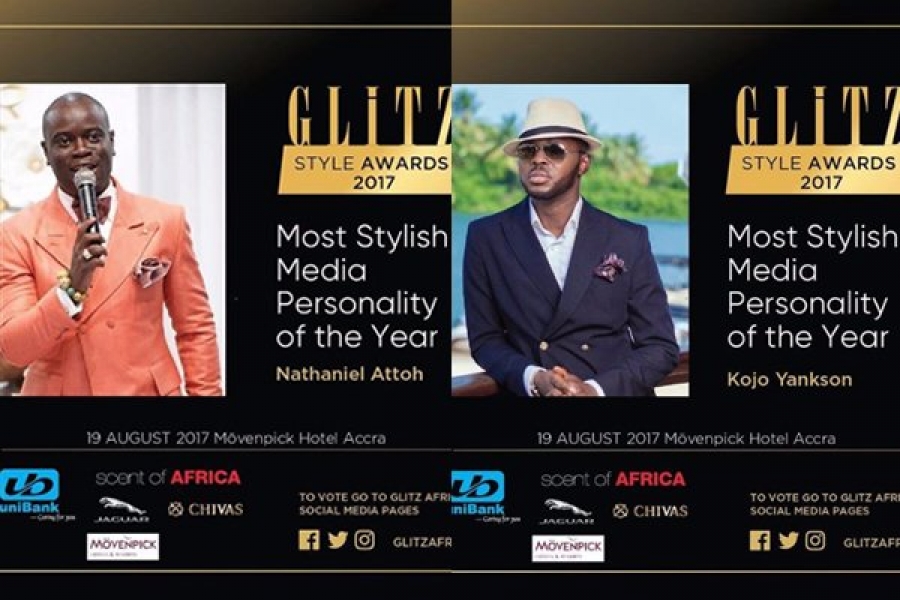 The two Multimedia personalities received nominations in the Most Stylish Media Personality of the Year category.

The 3rd edition of the awards, which is set to come off on August 19, seeks to celebrate individuals setting trends and raising standards with their fashion styles in the showbiz space as well as other fields.

Kojo Yankson and Nathaniel Attoh will compete with last year’s winner of the award, media personality Berla Mundi and the first edition winner of the category, Kofi Okyere Darko (KOD) for the coveted title.

In as much as this promises to be a tough category, Kojo Yankson, who is being nominated in the category for the first time, describes how elated this recognition makes him feel.

“It’s very nice to be nominated, it’s nice to be thought of. I like nice clothes so it’s nice to know that other people share my taste in clothes, to the point where they think I’m worth such a nomination. All the people in this category are very stylish and it’s an honour to be included in the same group with them.”

This will be Presenter and Master of Ceremonies Nathaniel Attoh’s second nomination in a row. He is hopeful that he will win the award this year.

“I am excited. I am elated. The fact that it’s happened two times in a row just goes to tell something; definitely, I am doing something right. It’s a positive thing, I’m glad about it; I hope I win it this time.”

The nominees for some of categories of 2017 Glitz Style Awards are;

Red Carpet Designer of the Year

Model of the Year

Style Influencer of the Year (Africa)

Most Stylish Movie Star of the Year

African Designer of the Year

Most Stylish Artiste of the Year

Emerging Designer of the Year

Most Stylish Business Executive of the Year

Fashion Blog of the Year (Africa)

Fashion Photographer of the Year

Most Stylish Media Personality of the Year

Makeup Artist of the Year