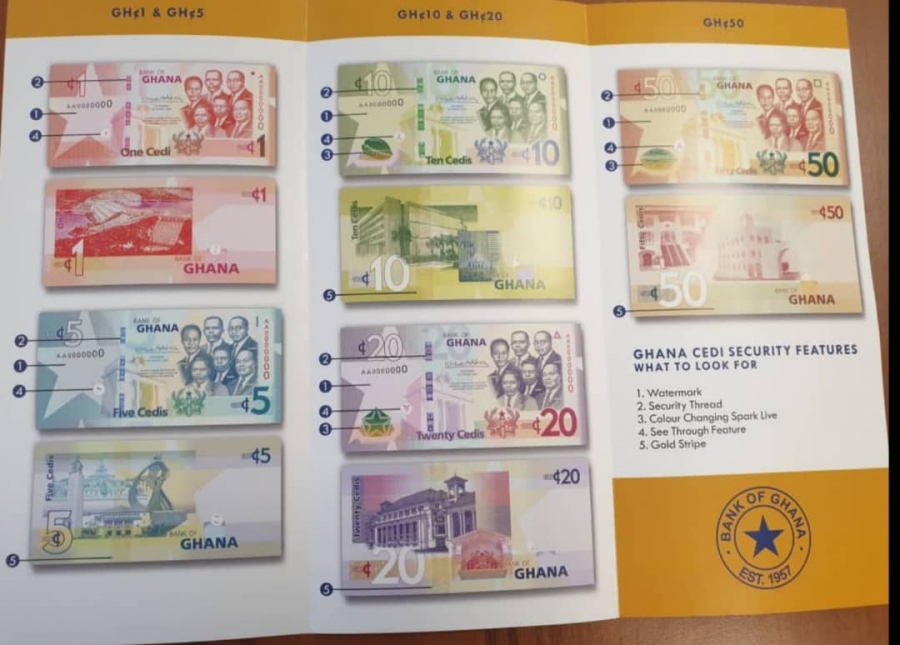 The Bank of Ghana has served notice it will issue upgraded banknotes into circulation on May 6, 2019.

The enhanced security features include:

2. New Enhanced Security Thread (RAPID): It is a shiny broken line with movement that runs through the banknote from top to bottom. It is continuous when viewed against light. When the note is tilted, a star expands and contracts while the denomination value stays still.

3. More Prominent Watermark: It is the image of Tetteh Quarshie with a cocoa pod which has been made more noticeable in the plain star area of the banknote. It becomes visible on both sides when viewed against light. The denomination value can also be seen in the watermark area.

4. Enhanced Iridescent Band at the Back of the Banknote: It is a golden band with gold bars at the back of the banknote that runs from the top to the bottom. It can be seen more clearly when the note is tilted against light.