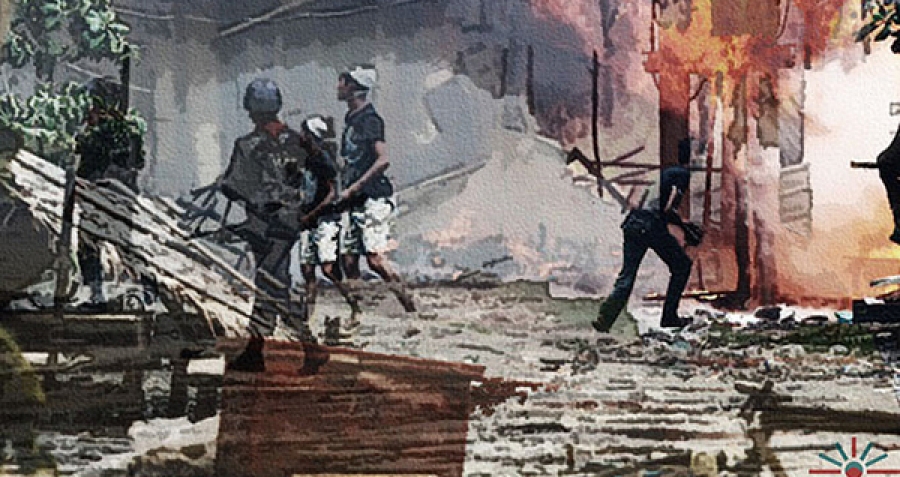 Two Kachin Baptist pastors who helped a journalist to photograph a Catholic church bombed by Myanmar’s army face up to eight years in prison, reports the US-based Baptist Standard.

Langjaw Gam Seng, 35, and Dumdaw Nawng Latt, 67, went missing on 24 December 2016 during a period of intense armed conflict between an alliance of ethnic militias and government forces in the northern state of Shan, which, together with neighbouring Kachin state and Chin state in the west, are home to most of Myanmar’s Christians.

“Using helicopter gunships, warplanes and heavy artillery, the military drove a coalition known as the Brotherhood of the Northern Alliance out of Mong Ko [town, in Shan state], and in the process intentionally targeted and bombed the St. Francis Xavier Catholic Church,” said Elijah Brown, the newly-elected general secretary of the Baptist World Alliance following a recent visit to Myanmar. According to Brown, the army claim the militia was hiding weapons in the church, something “flatly denied” by Catholic Bishop, Philip Za Hawng, whose diocese covers Shan state.

The two Kachin Baptist Convention men were charged with aiding the rebels and have been detained in Lashio prison in northern Shan, where, according to Amnesty International, Latt has been denied medical treatment for breathing difficulties.

Brown said Christians he spoke to during his visit reported “significant advancements” in religious freedoms, but that “makes the case of these two Kachin pastors so alarming: it seems a deviation from positive progress”.

Seng and Latt were scheduled to appear in court yesterday (26 July) for the first of a series of hearings. “These next few weeks are critical” for the two men, Brown added.