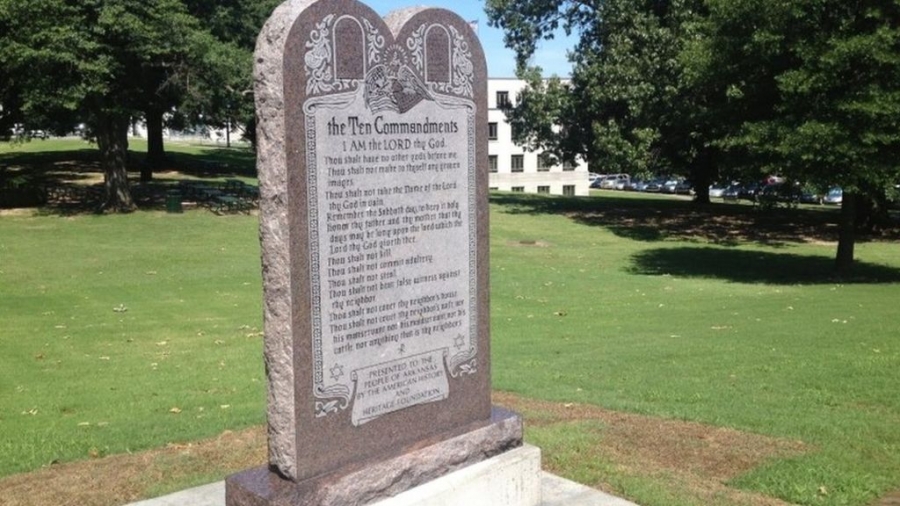 I get why Michael Tate Reed destroyed the Ten Commandments

Let me state for the record that I, as a professor at Trinity College and a citizen of the United States, do not in any way, shape, or form condone the destruction of property, public or private, and would never encourage anyone to engage in it.

Also for the record, let me state that I approve of the Ten Commandments, though I will admit that some of them seem less appropriate for endorsement by the civil authorities than others. Yo, Shabbat!

With these dislaimers, I get why Michael Tate Reed drove his car into the newly installed Ten Commandments monument on the Arkansas state Capitol Grounds, smashing said monument to smithereens.

Be it noted that Reed is no anti-religious bigot bent on destroying the iconic expression of Judeo-Christian faith. He’s an apparently devout evangelical — “a born again Christian whos a pentacostal Jesus Freak,” as he put it on Facebook — albeit one with a history of mental illness.

Before destroying the monument, he wrote:

I’m a firm believer that for our salvation we not only have faith in Jesus Christ, but we also obey the commands of God and that we confess Jesus as Lord But one thing I do not support is the violation of our constitutional right to have the freedom that’s guaranteed to us, that guarantees us the separation of church and state, because no one religion should the government represent.

In other words, Reed harks back to the first era of American evangelicalism, when the likes of Roger Williams and John Leland made themselves obnoxious to the ecclesiastical powers that were in New England by vigorous advocacy of keeping church and state as far apart as possible.

Williams, who got kicked out of Massachusetts in 1636 for his pains, coined the notorious “wall” metaphor, writing, “When they have opened a gap in the hedge or wall of separation between the garden of the church and the wilderness of the world, God hath ever broke down the wall itself, removed the candlestick, and made His garden a wilderness, as at this day.”

As for Leland, he became famous in 1802 for transporting a mammoth block of cheese from Massachusetts to Washington, D.C. as a present for that notorious supporter of church-state separation, President Thomas Jefferson.

The record does not show that either Williams or Leland ever destroyed property in furtherance of their separationist agendas. But somewhere I think they’re smiling.