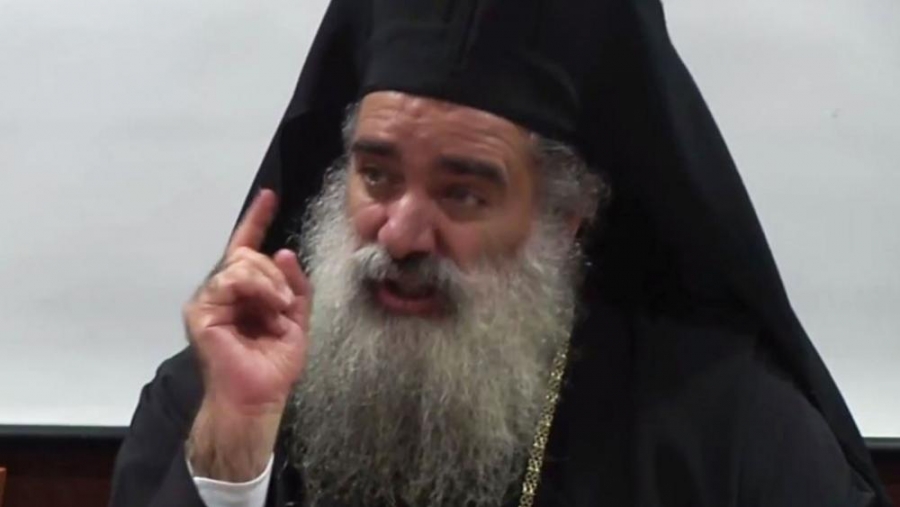 Greek Orthodox Patriarch of Jerusalem Theophilos III (Hanna) of Sebastia, also known as Atallah Hanna, has a long anti-Israel history. You could almost say he was raised with it.

Like their Muslim counterparts, these Orthodox Christian leaders consider Israel the interloper and they don't hesitate to share their views whenever they have an opportunity.

According to Wikipedia, the patriarch's name, in Greek and Arabic, means "gift of God."

Hanna's latest proclamation asserts that Christians who call themselves Zionists are not really Christians – or as he said it, they don't belong to Christianity, the Palestinian Media Watch reported.

"The Christian evangelists are tantamount to pulpits in the service of the Zionist enterprise," PMW quoted him as saying. "They are enemies of Christian values…They are closer to Judaism and Zionism and have no connection to Christianity."

"When they come to Palestine [sic] they do not visit the Church of the Holy Sepulcher [in Jerusalem's Old City] or the Church of the Nativity [in Bethlehem]. Instead they choose "the colonies located on the stolen lands of our people as a sign of solidarity with the occupation," he said in an article last month in the Palestinian Authority daily al-Hayat al-Jadida, PMW reported.

The Greek Orthodox Church in Israel, whose following is overwhelmingly Palestinian Arab, are reportedly the largest Christian landowners in Israel. Needless to say, it's a complex issue on both sides. While the Palestinian Authority threatens execution to anyone selling land to Jews, the Greek Orthodox are against selling church property to Jews.

This is by no means new rhetoric for the Greek patriarch, nor is he alone among Orthodox Arab Christian leaders in Israel.

Former Roman Catholic Patriarch of Jerusalem Michel Sabbah, a recipient of the "Arafat Prize," has never masked his anti-Israel ideology.

For many Israelis, these outspoken critics are representative of Christianity. Perhaps that explains in part why many Israeli Jews are thankful for evangelical Christians who support the biblical narrative of God's plan for Israel and its people.