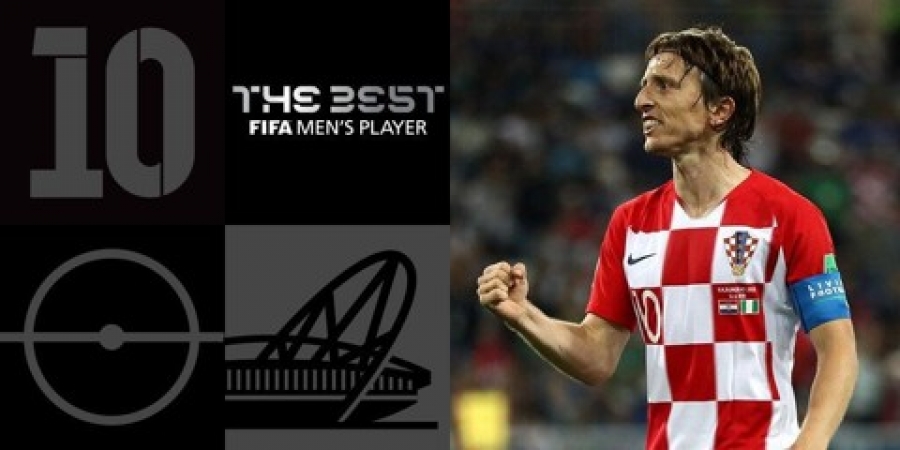 The award caps off an incredible year for Modric, who won his fourth Champions League title with Real Madrid in May, before leading his country to a World Cup final in July and being crowned UEFA Men’s Player of the Year last month.

The Best Men’s Player of the year award, formerly named the Fifa World Player of the Year, has long been dominated by both Ronaldo and Lionel Messi, but Barcelona forward Messi failed to make the shortlist for this years award for the first time since 2006.

Modric’s other accolades from last season include him being awarded the Golden Ball for his performances during the 2017 Club World Cup, whilst the former Spurs man was also included in the Champions League team of the season for a third consecutive year and named the best midfielder in the competition for a second consecutive year.

After receiving the award Modric said: "First of all I would like to give congratulations to Mohamed [Salah] and Cristiano [Ronaldo] for the seasons they have had, and I'm sure that in the future you will have another opportunity to win this trophy.

"This isn't just my trophy – this is for my Real Madrid teammates, my Croatia teammates and my coaches. Without them, this would have not have been possible.

"This trophy is also for my family without whom I would not be the player that I am."
3 finalists for FIFA Best Player award

- Captained Croatia to their first ever FIFA World Cup Final

Ronaldo was named The Best FIFA Men's Player in the past two years, with the award having been inaugurated in 2016 after FIFA and France Football decided to no longer work together to produce the FIFA Ballon d’Or prize.