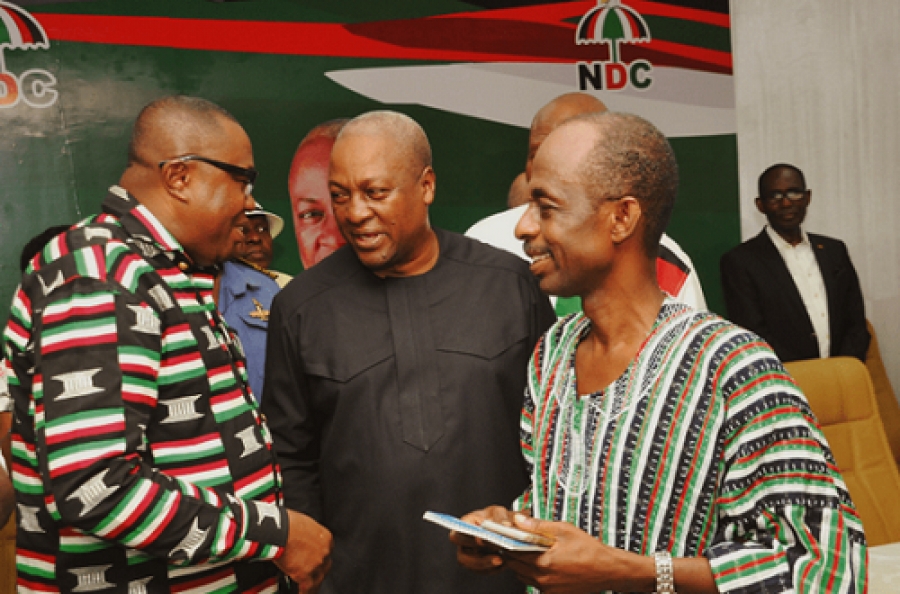 NDC to elect executives for new regions on April 25 Featured

The National Executive Committee (NEC) of the National Democratic Congress (NDC) has scheduled April 25, 2019, for the election of executives for the six newly created regions.

This development comes after the National Executive Committee (NEC) of the party held a meeting on April 5, 2019, to settle on the date.

The New Patriotic Party (NPP) recently also announced that they will elect their executives for the new regions on May 4, 2019.

The guidelines for the election by the NDC is as follow:

i) All regional executives in the parent regions shall remain in their positions except otherwise decided by the individual to move to a newly created region.

ii) Where the executives decide to move to newly-created regions, they shall resign their positions on or before Tuesday, 9th April, 2019 in writing to the General Secretary copied to the Regional Chairman of the parent region.

iii) Resigned executives shall assume their analogous positions in the newly created regions as shall be indicated in the resignation letter. Such executives shall not go through elections, unless they choose to contest for another vacant portfolio.

iv) All other vacancies that may be created as a result of the movements shall be filled through elections to be conducted by the party.

v) Meanwhile, the Regional Executives of the parent regions shall have oversight responsibility over the newly created regions until the new executives are sworn-in after the elections.

A statement signed by the General Secretary of the party, Mr Johnson Aseidu Nketia said the following timetable shall apply in the conduct of the elections.