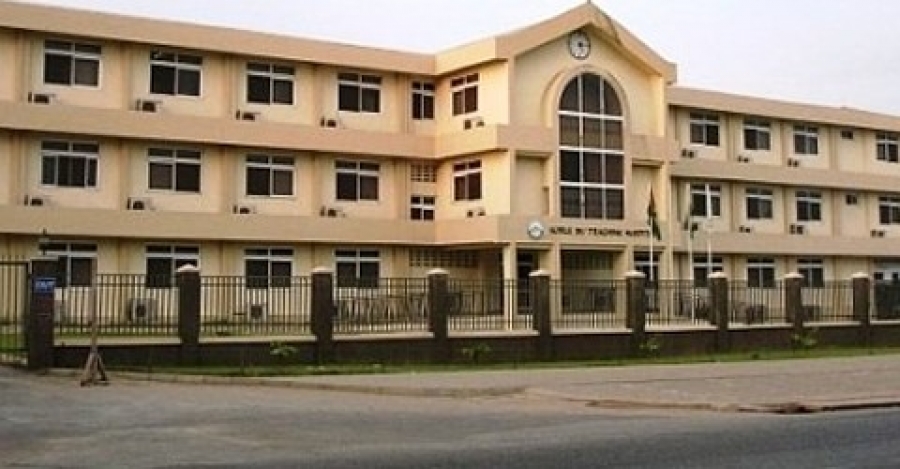 A team of physicians and nurses at the National Reconstructive Plastic Surgery and Burns Centre of the Korle Bu Teaching Hospital has achieved another feat, having reattached the severed wrist of a patient.

The eight-hour micro-surgery saw the team of doctors, nurses, anaesthetists, orthopaedics, repair about 28 structures (tissues) in the wrist.

Micro-surgery is the use of specialised microscopes to aid in a surgical procedure. The Burns Centre uses a Carl Ziess Opmi microscope which was donated to the centre.

A worker of a plastic manufacturing factory, Mr Amadu Awal, had his wrist completely severed at the workplace on May 17, 2019, and was rushed to the Korle Bu Teaching Hospital comatose.

He was immediately rushed to the Accident Centre of the hospital, where he was resuscitated, before being transferred to the theatre for surgery.

This is the second time the centre has undertaken such surgery. The first took place on April 21, 2018.

A member of the team that conducted the surgery, Dr Pieterson Warigbani, explained that the team worked on blood vessels, tendons, nerves and the wrist bone, hence the use of the micro-surgery approach.

He said the human hand was one of the most complex parts of the body and that the use of micro-surgery assisted in aligning each tissue of the severed wrist to its corresponding part on the hand.

He commended the safety and health practice at the factory where the patient got injured, saying the factory preserved the severed wrist very well and sent it to the hospital without much contamination.

In cases like that, Dr Warigbani said, the severed part of the body would have to be kept in a clean plastic bag, tied and put on ice, without the water dripping into the plastic bag.

The briefing comes about three months after the surgery because the team wanted to establish the success of post-procedure care, which is used to determine how successful such a procedure is.

The Head of the National Reconstructive Plastic Surgery and Burns Centre, Dr Opoku Ware Ampomah, commended the team of doctors, led by Dr Edem Kofi Anyigba, for the remarkable success.

He said the goal of the centre was to be the hub of micro-surgery in West Africa.

He said funds were currently being raised by the British High Commissioner to Ghana, Mr Iain Walker, to help the centre establish a micro laboratory to train more health professionals across the country.

That way, he said, health professionals would be able to manage such cases.

Dr Ampomah said the $95,000 Carl Ziess Opmi microscope, which the centre was using for such surgeries, was donated to the hospital and appealed to benevolent institutions to support the centre with such equipment. 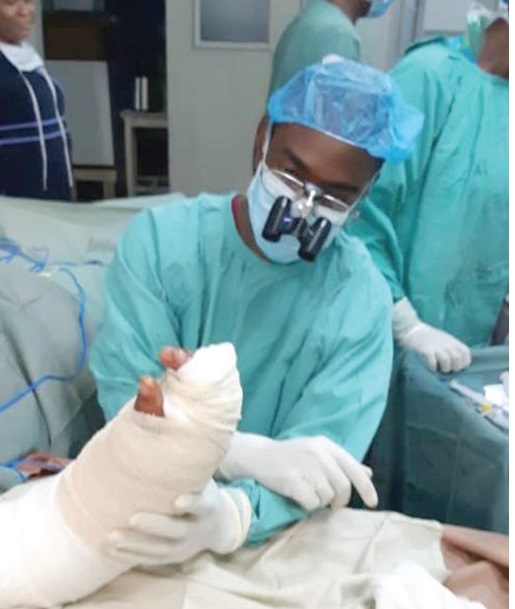