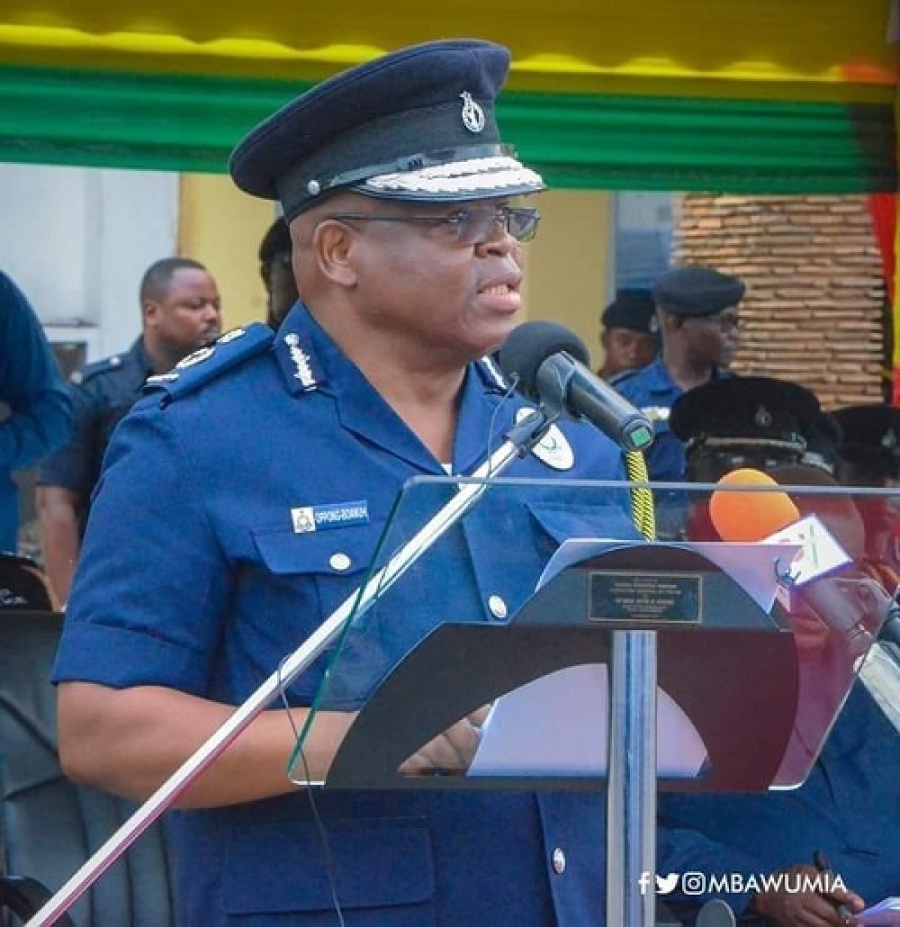 he acting Inspector-General of Police (IGP), Mr James Oppong-Boanuh, has placed a GH¢10,000 bounty on the head of Eric Kojo Duah, who is alleged to be the main suspect involved in the killing of two policemen at Budumburam in the Central Region.

Three suspects — Ibrahim Zakaria, Isaac Amissah and Dominic Commey — have been arrested yesterday for allegedly shooting and killing two policemen at Gomoa Budumburam, near Kasoa in the Central Region, leaving Duah on the run.

The suspects allegedly shot Sergeant Michael Gyamasi and Lance Corporal Awal Mohammed, both attached to the Motor Traffic and Transport Department (MTTD) of the Ghana Police Service at Kasoa, who were on task force duties on the Kasoa-Winneba highway.

The suspects, who were using an unregistered Toyota Camry vehicle and said to be driving recklessly, shot the unarmed policemen after refusing to stop when the security officers signalled them to do so.

Duah, whose pistol was found in the abandoned Toyota Camry, has been declared wanted.

Armed robbers earlier this month also attacked a police checkpoint and shot dead a female officer in the Sagnarigu Municipality of the Northern Region.

The female officer was among three others who were stationed at a checkpoint close to a fuel filling station.

The robbers after attacking the officers also stole weapons belonging to them. The incident happened close to the Star filling station around 10 p.m.

Sources said empty shells recovered from the scene of the incident show the robbers used G3 weapons in the attack.

The four robbers, according to Joy News sources, approached the checkpoint in an ash-coloured saloon car and were signalled to stop.

The sources say the robbers who were all armed, dressed in military camouflage and wearing face masks and dessert boots suddenly got down and shot at one of the female police officers killing her instantly.

The other policewoman, in her attempt to take cover, stumbled and fell and her weapon together with that of the deceased were taken by the robbers.

The third officer who had then taken cover fired at the robbers but the robbers managed to escape with the two weapons.