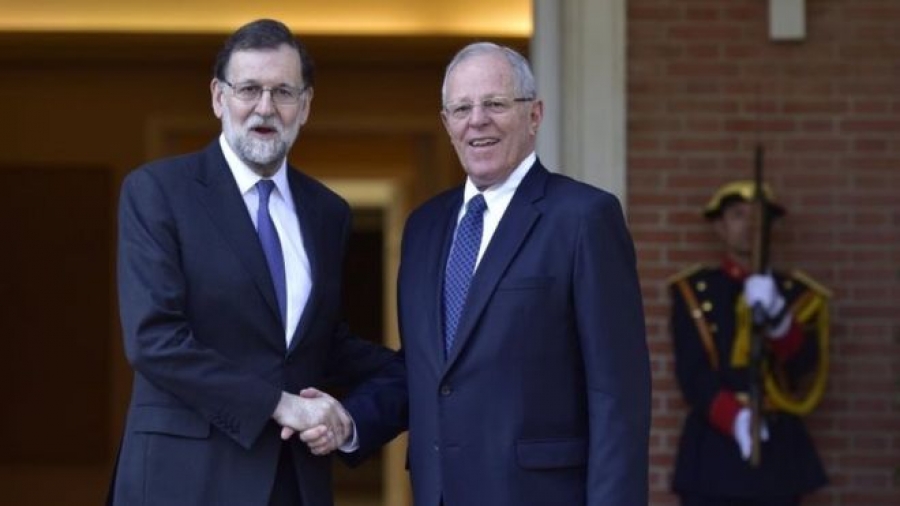 Peruvian President Pedro Pablo Kuczynski has called on the international community to take action to avoid "a blood bath" in Venezuela.

Sixty-seven people have been killed in protest-related violence in Venezuela since mass anti-government protests started on 1 April.

The Peruvian president said there was "no democracy" in Venezuela.

Mr Kuczynski also called on the Venezuelan government to allow humanitarian aid to be sent.

He was speaking at a meeting of business leaders in the Spanish capital, Madrid.

"There's no democracy in Venezuela. There was an election, but now a large part of the population doesn't feel represented," Mr Kuczynski said.

He suggested that an international commission be formed to resolve the crisis in Venezuela.

He said that while action by the international community could be seen as "an interference", it would be "to safeguard democracy".

The Peruvian leader said that if no action was taken there would be a risk of "a bloodbath, that people may flee to Colombia, that others leave by boat".

Mr Kuczynski has been one of the most vocal critics of Venezuelan President Nicolás Maduro, calling Venezuela's economic and political crisis "a big problem" for the region.

He has in the past discussed Venezuela with regional leaders, including US President Donald Trump.

Venezuelan Foreign Minister Delcy Rodríguez reacted to those talks by calling Mr Kuczynski a "dog" which is subservient to the US.