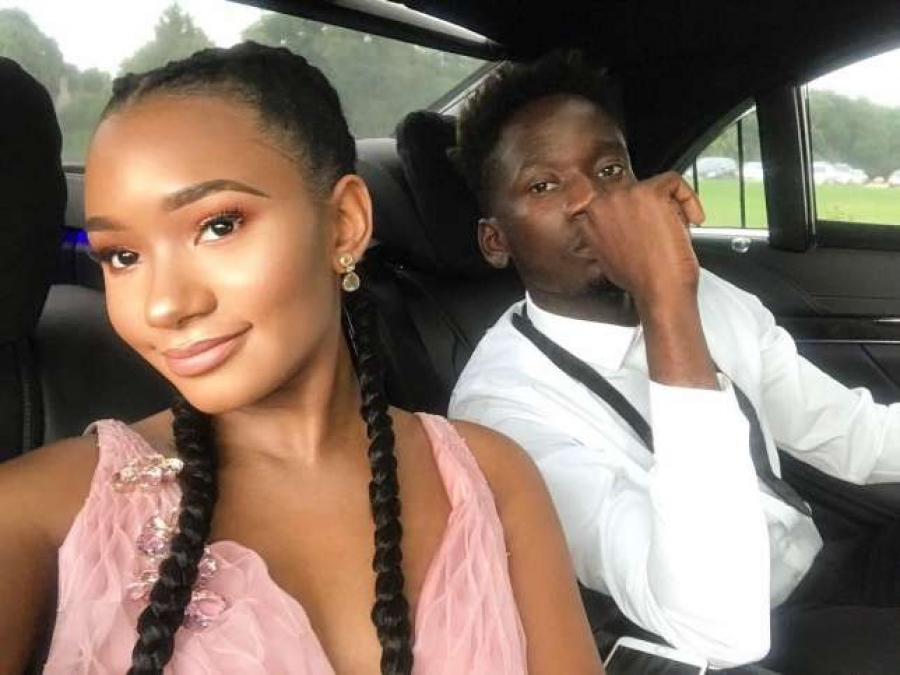 4 Things you should know about Mr Eazi's new girlfriend Featured

Star Boy artist, Mr Eazi last weekend unveiled his beautiful girlfriend, Temi Otedola to the world at the wedding of the son of Folorunso Alakija.

Star Boy artist, Mr Eazi unveiled his beautiful girlfriend, Temi Otedola to the world last weekend at the wedding of the son of Folorunso Alakija (the world's richest black woman)

Since the news broke out via Mr Eazi and Temi who is also a fashion blogger's social media respectively, a lot of female fans have had heart their broke and it probably includes YOLO star, Fela Makafui who was

rumoured to have been dating the "Banku" singer.

"I just Met a Fan! She sabi my entire Mixtape" Mr Eazi posted on Instagram

But beyond all the social media noise, who is Temi Otedola, what does she do for a living and why do certain Nigerians think the musician is perhaps chasing for her cash? Find out more below.

1. She's an heiress and rich one as such

Temi Otedola is the daughter of one of Nigerian's rich oil magnates, Mr Femi Otedola who is estimated to be worth more than $1.2 billion and the second Nigeria man after Aliko Dangote to be on the Forbes rich list. This means Temi is likely to inherit a chunk of this money alongside large estates and oil fields if her father kicks the bucket one day. And if she and Mr Eazi manage to keep the relationship going for long which ends in marriage, he'll definitely enjoy it too.

The 21-year old has been running a successful fashion blog, JTO fashion since 2014 and has met some fashion legends including Valentino of Italian fashion, house Maison Valentino. She also unveiled in an interview with the Daily Mail that she did her summer internship at Oscar De La Renta. Her page on Instagram alone has 86k followers who look to her for fashion and beauty advice. She's also collaborated with celebrated fashion designers and brands on her blog.

Most Ghanaians may not know but the beautiful Temi is not new to the entertainment industry or fame as she is the younger sister of popular Nigerian Disc Jokey and producer, DJ Cuppy. The two have been spotted at several functions together enjoying each other's company and who wouldn't if you were the daughters of a billionaire.

4. Student of the University College London

Before you jump into conclusion and call Mr Eazi a paedophile or the African version of the Future note that his 'sweetheart' is an alumnus of the American School in London. She's currently pursuing a degree in Art History at the University College in London.

Temi Otedola is an avid traveller who moves from Paris to London and Milan on regular basis. She also a favourite shopper at boutiques such as One Vintage and Feathers, as well as Browns Focus, and Alara Lagos, which stocks brands such as Valentino, Dries Van Noten, Marni