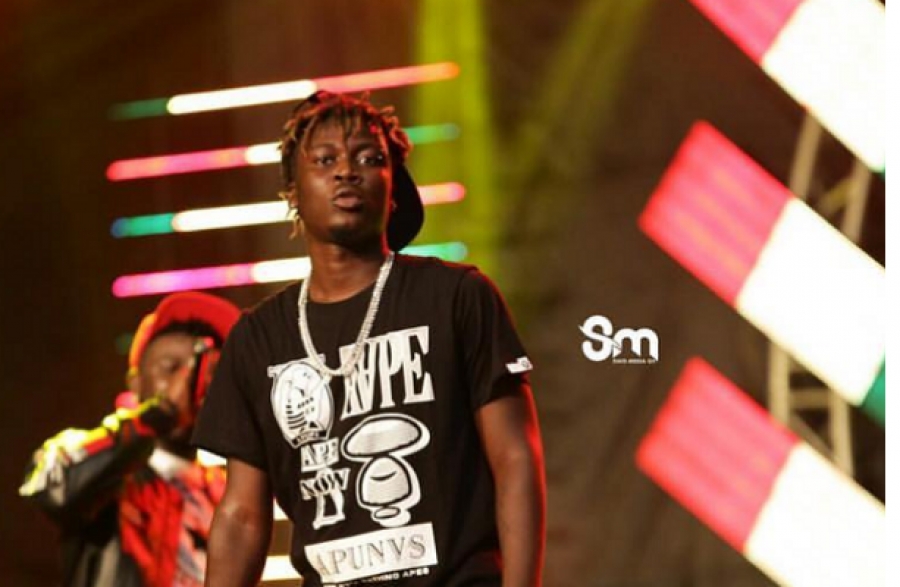 Eugene Ashie aka Wisa a hip-life artiste on Thursday told an Accra Circuit court that he drew out a fake penis while performing on stage.

According to wisa he fixed the said penis under his boxer shorts when he was about to leave the stage.

Tendering the said fake penis, Wisa said the “December to Remember” show was his first stage performance, “I planned to put up a performance that can be remembered and to generate news to make me popular”.

Wisa was giving his evidence in chief in a matter in which he has been accused of displaying his manhood on stage during a performance.

He said a member of his management team knew of this scheme to show off this fake penis.

He said it was after the event that he heard the news that he brought his penis to show it to the public and it was all over the internet which led the police to invite him for interrogation.

Wisa said he went to radio and television stations to apologise to the public because of the perception people were having at that moment including members of his family and his management  so that all concerned would forgive and forget.

The case was adjourned to March 1st for continuation.

The Court Presided over by Mrs Abena Oppong Adjin-Doku, at the last sitting on February 5, ordered Wisa to get ready to open his defence on February 21, however when the matter was called, Wisa was without his counsel.

Wisa informed the court that his lawyer Jerry Avernorgbor had called him saying that he was caught up at a Police Station hence could not attend court.

According to Wisa, his lawyer was therefore praying for a short adjournment.

The court, thereafter ordered Wisa to open his defence on Thursday with or without counsel.

Wisa, of the Ekikimi fame, was arrested for allegedly exposing his penis while performing at the Accra International Conference Centre on December 24, 2015.

He has, however, denied a charge of gross indecent exposure and is on a GH¢8,000.00 bail with one surety.

According to GNA files, on December 25, 2015, the Accra Regional Police was alerted over a nude video posted on the Internet from an unknown source, in which Wisa intentionally exposed his penis, while performing live on stage.

According to the Prosecutor, Detective Inspector Judith B. Asante said the Police contacted the managers of Artiste to produce him at the Regional Police Headquarters for investigations, which they did.

The prosecution said investigations into the matter disclosed that on December 24, Airtel Communications Company and Citi FM, an Accra-based radio station, organised an event dubbed: “December to Remember,” which included the accused as a guest artiste.

In the course of the show, the accused, while dancing with a female dancer identified as Monica Kumadeh, suddenly removed his penis out of his pair of jeans and began to caress the buttocks of the dancer.